Identifying Waterfowl: The Differences Between Ducks, Geese, and Swans
Share:FacebookTwitterPinterest 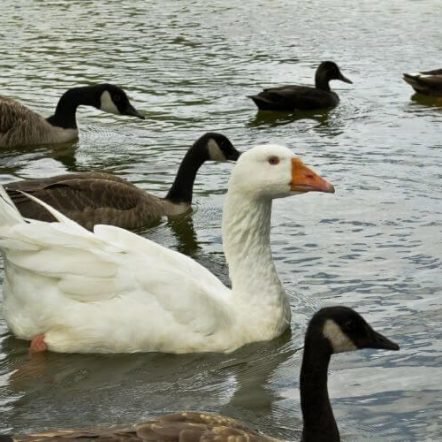 by Raeesah Habib7 months ago

Ducks, geese, and swans belong to the family Anatidae in the order Anseriformes. Birds in this order are adapted for aquatic living. For this reason, most species have webbed or partially webbed feet.

The Anatidae are among the most widespread families of birds, occurring on every continent except Antarctica.

Differentiating Between Ducks, Geese, and Swans

Ducks and geese are often confused, but geese are, in fact, more closely related to swans. Geese and swans fall under the subfamily Anserinae, whereas ducks are split into several subfamilies and tribes within the Anatidae family.

This quick guide will help you distinguish between ducks, geese, swans, and other water birds.

Ducks are small to medium-sized waterfowl. They are the smallest birds in the Anatidae family, with short necks and stout bodies.

Ducks are often confused with other small water birds such as loons, grebes, and coots. But one of the most distinguishing features of ducks is the flat, spatulate bills.

Geese are medium to large waterfowl. Most species are larger than ducks, with longer necks and elongated bodies. They also have pointier bills and longer legs.

There is usually marked sexual dimorphism among ducks. The males (drakes) of many species have bright-colored plumage, whereas the females are drab in comparison. Males of species like the mandarin duck bear an exquisite plumage with striking coloration.

With geese, sexes are alike. Plumage coloration in most species ranges in shades of white, gray, buff, and black. The male (gander) is typically larger.

Baby geese are called goslings, and they are larger than ducklings. Ducklings can also be distinguished from goslings by their flat bills.

Behavioral Differences Between Ducks and Geese

Ducks generally have mild temperaments, whereas geese are known for their propensity for aggression. For this reason, many domestic breeds are used as guard animals.

As a rule of thumb, ducks quack and geese honk. The quacking call is synonymous with ducks, whereas geese are known for their loud honking.

Most ducks are sedentary. But some species, such as the northern pintail, breed in the Arctic and temperate regions of the northern hemisphere, and migrate south for the winter. Ducks can be found in a wide range of aquatic habitats that include freshwater and marine environments.

Most species of wild geese are migratory. Geese live around freshwater habitats, but some species can be found in coastal environments, especially during migration.

Types of Ducks and Geese

There are different types of ducks, some of which are differentiated by their feeding strategies. Dabbling ducks mostly feed by dabbling at the surface waters or foraging on land. Diving ducks submerge to find food at greater depths.

Wild geese include the greylag goose, snow goose, brent goose, swan goose, and the Canada goose. The greylag goose and the swan goose are the ancestor species from which most domestic breeds were derived.

Some species that are named geese, such as the Egyptian goose and Orinoco goose are, in fact, ducks.

Ducks vs. Coots, Loons, and Grebes

The term “waterfowl” is generally used to refer to ducks and geese, but waterfowl are a broad and diverse group encompassing many different orders and families. Some of which are often confused with ducks.

Loons appear very similar to ducks, especially when swimming. But they have spear-shaped bills and belong to the Gavidae family.

Some members of the Rallidae family, such as the coots, look very similar to ducks, but their feet lack webbing, and they have prominent frontal shields on their foreheads.

People also confuse grebes with ducks, but the former belong to the Podicipedidae family, and they also do not have webbed feet. Instead, their feet are heavily lobed. Most species have pointed bills.

Swans are the largest members of the Anatidae family. They fall within the Cygnus genus, under the Anserinae subfamily, along with geese.

Swans are easily identifiable as they are much larger than geese and have longer necks and larger feet. They also have longer, flat, duck-like bills that vary in color between species, typically in shades of orange, red, gray, and black.

Plumage coloration is either black or white or a combination of black and white. There is little to no sexual dimorphism among swans. Sexes are alike, although males of most species may be slighter larger than females.

A characteristic feature of swans is the bald patch of skin between the eyes and the bill. The mute swan and black-necked swan have a fleshy knob at the base of the upper bill.

Although the difference between swans and geese (and swans and ducks) may seem obvious, they can sometimes be confused from afar. When swimming, the long neck of a swan forms an S-shaped curve.

There is no mistaking the graceful form of a swan. But species such as the swan goose will have you do a double-take. In-flight, the telltale signs are the swan’s wide wingspan and plumage coloration.

Young swans are called signets. Like ducks, most have flat bills. But signets are larger than ducklings and goslings.

Depending on the species, they range in color from white to varying shades of gray or buff.

Swans inhabit a variety of freshwater environments, including lakes, ponds, marshes, and slow-moving streams and rivers. They are mostly herbivorous but may occasionally eat small aquatic animals.

There are six living species of swans. Some are migratory, while others are sedentary or partial migrants.

At first, it may seem tricky to tell apart the different types of waterfowl. But with practice, their distinguishing characteristics become easily apparent. Try an identify as many waterfowl as you can on your next birding adventure.

Many species in the Anatidae family are protected, with some populations increases dramatically due to the captive breeding and hunting bans.

Several species, however, are threatened by human activities. The major threats to birds of this family include overhunting, habitat loss, and hybridization with introduced species. 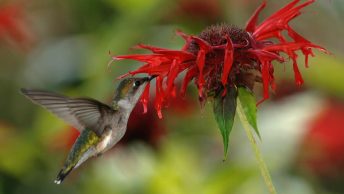 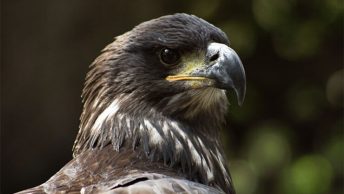 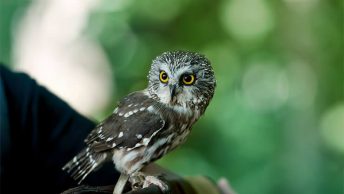