Large Flightless Birds – Do You Know All Of Them?
Share:FacebookTwitterPinterest 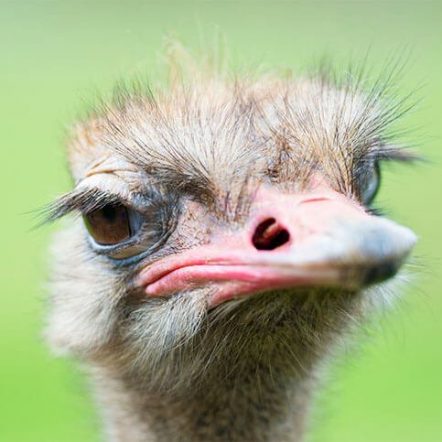 Large Flightless Birds – Do You Know All Of Them?

The Struthioniformes, also called the Ratites, are a diverse group of flightless birds. Most species are large and long-legged, but they range in size from the common ostrich at nine feet tall to the chicken-sized kiwis. Aside from the ostriches of Africa and the kiwis of New Zealand, the Struthioniformes also include the Cassowaries and Emus of Australia and the Rheas of South America.

A distinguishing characteristic of the ratites is that they have no keel on their sternum. The keel is a bone that fuses to the wing muscles, thereby providing support for flight. Without this, they could not fly even if they were to develop suitable wings.

Ratites have exceptionally strong legs and many can run at high speeds to evade predators since they cannot fly. They have three toes on either foot (tridactyl) except for the ostrich which is didactyl (two-toed). Ratites have sharp claws which are used in defense. Their legs lack air chambers, except for the femurs.

Most ratites have a communal nest and share incubating duties with other members of the flock. The eggs are thick-shelled to minimize the threat of predation. Ratite young are fairly precocial and can run, walk, and even swim shortly after hatching.

Birds of this order are diurnal with the exception of the elusive kiwis that are nocturnal. The closest living relatives of the ratites are the tinamous of South America, which is a sister group of the extinct moas.

Let’s take a look at the five Ratite families.

This family has only one genus, Apteryx – the kiwis. They are endemic to New Zealand. The kiwi is a chicken-sized bird. It has a small head, a long pale bill, a short neck, short legs, and a pear-shaped body. Kiwis are the smallest living ratites.

They eat small invertebrates such as worms and larvae. They may also eat seeds, fruit, amphibians, and occasionally take larger invertebrates. Of all the ratites, the kiwis are the only ones to form monogamous pair-bonds.

Some facts about kiwis:

Of the five species of kiwis, four are vulnerable, and one is near-threatened. Historically, they were heavily impacted by deforestation. Much of their habitat is now under protection. The current major threat they face is predation by introduced mammals.

Description: The Greater spotted kiwi has brown plumage with light barring. It is the largest of the kiwis.

Description: The Little Spotted Kiwi has brown plumage with faint barring that can appear spotted. It is the smallest of the kiwis.

Range: Small off-shore islands and protected areas within the mainland of New Zealand.

Habitat: Intermediate and older forest habitats as well as scrubby grasslands and scrublands.

Main threats: Previously threatened by introduced predators, the now isolated populations are vulnerable due to their restricted range.

Description: The North Island Brown Kiwi has a reddish-brown plumage with some streaking.

Range: It is the only kiwi found on the North Island of New Zealand and is the most common.

Habitat: They prefer dense subtropical and temperate forests. But this resilient kiwi has also adapted to living on scrubby farmlands and forest plantations.

The Okarito brown kiwi is a newly discovered species, described in 2003. It has small population of about 400 birds. It is also known as the rowi, or just the Okarito kiwi.

Description: Pale greyish brown, streaked with brown and black. Some birds have white patches on the face.

Conservation status: Vulnerable. They were widespread throughout the northern parts of South Island and into the southern North Island. Following human settlement, juveniles and chicks were heavily preyed on by introduced stoats.

They only occur in a small, restricted area of the Okarito forest, and on a few islands free of mammalian predators.

As part of an introduction program, Okarito brown kiwis were also released on the Cook Strait islands of Mana, Motuara, and Blumine.

Description: The Southern Brown Kiwi has rufous-brown plumage with some streaking.

This family only has one living genus, Casuarius – the cassowaries. They are large, flightless, shy birds of the deep forest. Females are larger and more brightly colored than males. Cassowaries are polyandrous, meaning that females may mate with several males. Males are responsible for incubating the eggs and rearing the chicks. Cassowaries are omnivorous but mainly feed on fruit. Oher plant foods they eat include seeds, grasses, and shoots. They also eat invertebrates and fungi and occasionally small vertebrate animals.

Did you know? Cassowaries are considered one of the most dangerous birds. They are wary of humans and are capable of inflicting serious, even fatal injuries when provoked.

Description: The Dwarf Cassowary has stiff black plumage, small triangular casque, pink cheeks, red patches of skin on its blue neck. The feet are large and strong, with dagger-like claws on the inner toes. It is the smallest of the cassowaries. It also has the shortest casque and a smaller bill.

Conservation status: Least concern. They were once listed as near-threatened due to historical unsustainable hunting and habitat loss, but populations have stabilized, leading to the IUCN downgrading their status to least concern.

Description: The Northern Cassowary has hard and stiff black plumage, blue facial skin, and a casque on top of the head. It has a bright red or yellow neck and wattles. The feet are huge and strong, with a long, dagger-like claw on the inner toes.

Range: Northern New Guinea and the Indonesian Islands of Yapen, Batanta, and Salawati.

Description: The Southern Cassowary has hard and stiff black plumage, a blue face and neck, a large casque on top of the head, and red wattles. It has huge, strong feet with long, dagger-like claws on the inner toes. It is the largest of the cassowaries.

This family only has one genus and one living species. The Emu is the second-largest living bird. It is endemic to Australia. Emus are nomadic. They have long, powerful legs and can travel great distances. They can go for long periods without drinking or eating. Emus can reach speeds of up to 31 mph (50 km/h).

Like cassowaries, emus are polyandrous and female emus can become aggressive during the breeding season, often squabbling with other females for access to males. The eggs of emus are large, thick-shelled, and dark green in color. Male emus incubate the eggs and rear the chicks, fiercely defending the nestlings when they hatch.

Description: At 6.2 ft (1.9 m), the emu is the second-largest extant bird, exceeded only by the ostrich. It has a scraggy brown plumage that appears dirty, giving the emu a scruffy appearance. The long, slender neck is sparsely feathered. Like the ostrich, the emu has long legs. It stands tall at a height of up to 6.5 feet (2 meters). Males and females are alike.

Emus have nictating membranes to protect the eyes. These are translucent, secondary eyelids. They function as visors to shield the eyes from the dust prevalent in some of the dry, arid, and windy regions of their habitat.

Emus have a tracheal pouch, which becomes prominent during the breeding season.

The emu’s legs are scaly and featherless. It has thick pads underneath the feet for cushioning when they run.

They have three toes on either foot. Their legs are strong and built for running and travelling long distances.

The emu has sharp claws, which are used in defense.

Range: They occur sparsely across inland and coastal Australia.

Conservation status: Least concern. However, some local populations are at risk of extinction. Threats include habitat loss, collisions with vehicles, and predation of the eggs and young.

This family only has one living genus, Rhea.

The Rheas have greyish-brown plumage, long necks, and long legs. They have large wings for flightless birds and often spread them while running. They have long legs and three toes on each foot. Rheas are polygynous. The male may mate with up to twelve females. They all lay their eggs in a communal nest which the male incubates.

There are five subspecies of the greater rhea. It is also known as the American rhea.

Description: Greater rheas have a grey or brown, shaggy plumage with darker patches in the throat area. Plumage may vary across subspecies and even between individuals. Males are generally darker than females.

The head and bill are small. They have long legs and three toes on each foot. They have long wings – unusual for flightless birds – that help them balance when making sharp turns.

Range: They arenative to South America, occurring in Argentina, Brazil, Bolivia, and Paraguay. Feral populations have established in Germany.

It is also known as Darwin’s Rhea. There are three subspecies of lesser rhea.

Description: The lesser Rhea has a brown and white plumage with a somewhat spotted appearance. Their feathers are similar to those of ostriches.

Range: They are native to South America occurring in Argentina, Bolivia, Chile, and Peru.

This family only has one genus, which contains the ostriches. Ostriches are the largest living bird species. Ostriches are native to Africa. There are only two extant species of ostriches. The common ostrich, which is found across Africa and inhabits the open savannah and drier desert and semi-desert habitats. And the Somali ostrich, endemic to the Horn of Africa, where they inhabit denser environments.

Ostriches are mainly herbivorous, feeding on seeds, shrubs, grasses, flowers, fruit, and occasionally insects, lizards, and other small animals. The common ostrich is predominantly a grazer, and the Somali ostrich, on the other hand, mainly feeds by browsing.

Ostriches are polygynous, and males form harems with up to seven females. The females incubate the eggs during the day and the males during the night. Both sexes rear the chicks, with the male providing most of the defense and protection.

Historically, there were thirteen species of ostriches. Only two species exist today.

There are four subspecies of the common ostrich, of which one is extinct:

Description: The common ostrich is the largest living bird. It has a large body, long powerful legs, and long necks with small heads and large eyes. The nearly featherless neck and head are covered in a fine layer of down. Males are mostly black, while females are brownish-grey. Juveniles are light brown with dark brown spots.

Range: The common ostrich is native to Africa. They are farmed for their meat, eggs, and feathers in many parts of the world. Feral populations have established in Australia.

Habitat: They inhabit open areas within the savannah. They are also found in the desert and semi-desert regions of southwest Africa.

Description: The Somali ostrich is similar to the common ostriches, but the skin of the neck and thighs is blue-grey. It becomes bright blue on the male during the mating season.

Range: Native to the Horn of Africa, occurring in Somalia, Kenya, and parts of Ethiopia, and Djibouti.

Ratites are peculiar and fascinating creatures that have graced the earth for millennia. The earliest ratite fossils date back 56 million years ago. The relationship between people and ratites traces back thousands of years. Artifacts from South Africa dating back 60 000 years show that hunter-gatherers used ostrich shells as water containers. Historically, ostriches and other ratites were intensively hunted. Unsustainable hunting, habitat loss, and the introduction of invasive mammalian predators account for the main threats to ratite species.

Insular species are particularly vulnerable due to their limited habitat and range. Extinct ratites include the moas of New Zealand and the elephant bird of Madagascar. Today, many ratite species are vulnerable or near-threatened and are protected. Hopefully, the measures taken will lead to stabilizing population numbers, allowing these remarkable birds to thrive in their continued existence. 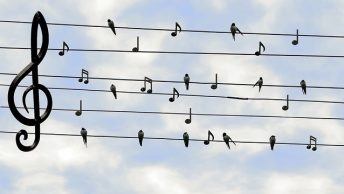