The Indian Runner Duck – One Of The Oldest Domestic Duck Breeds
Share:FacebookTwitterPinterest 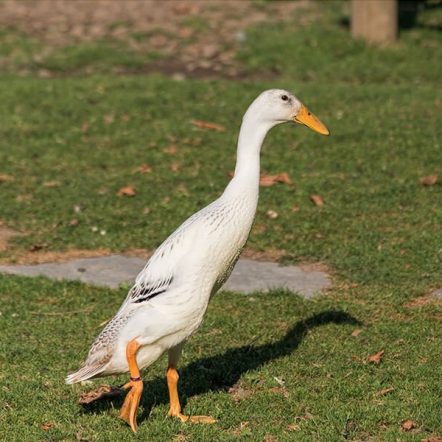 The Indian Runner Duck – One Of The Oldest Domestic Duck Breeds

by Federico "Fred" Fiorillo3 months ago

Native to the Asian continent and now spread all over the world, the Indian Runner duck is one of the most popular breeds for many reasons. It has an upright and unmistakable appearance, a proud and always attentive look. Raised extensively as a farm animal thanks also to its high production of eggs (up to 300 per year), and to its excellent meat, in more recent times thanks to the many color variations of its livery, it’s also bred as an ornamental animal for gardens and parks.

Everything you need to know about the Indian Runner ducks:

The Indian Runner duck it’s probably one of the oldest duck breeds in the whole world, the first evidence of it dates back to more than a thousand years, to some old stone sculptures found in an ancient temple on the island of Java, Indonesia. Starting their trip from the islands of Java, Bali and Lombok they arrived in England around the first half of the 19th century, sometimes around 1830, with the help of the trading ships of the East India Company. In Amsterdam’s Maritime Museum it is possible to take a peek at the original documents that prove that the crew of a Dutch ship was feeding on Indian Runner ducks eggs and meat already during the 16th century!

It’s a very peculiar breed of duck and it has always been subject of studies and arguments for many reasons; starting from its origin, obviously the name “Indian” is a geographical mistake as it’s actually native to the Indonesian archipelago. While the “Runner” part of the name comes from the original way that the Indonesian farmers used to bring the ducks from the villages to the markets, walking for long distances. This practice also allowed the farmers to choose the specimens with the more erect body and with more endurance. In fact the Indian Runner duck features a slender body, straight and erect and with a fine line connecting the neck with the belly, a narrow head and a long thin beak complete its peculiar form.

Its funny way of walking made the Indian Runner duck gain the nickname of “penguin duck” that will stick with it until the end of the 19th century. Nickname given by Charles Darwin, that also defined this bird as “the most interesting example among all ducks”. Such was the attention among breeders on this animal that two schools of thought were formed regarding the selection and standard of the Indian Runner.

The “purists”, who founded the Indian Runner duck Club (IRDC) and for whom it was important to maintain the purity of the Indonesian breed, thus creating a network of contacts to maintain imports. And the “utilitarians”, who founded the Utility Duck Club (UDC) and for whom the important thing was to create a useful breed and therefore capable of producing large eggs; the specimens too erect and with too narrow backs were for them to discard as they had little space between the pelvis bones and therefore not able to lay large enough eggs.

A series of crossings with local ducks then began, and only around the year 1925 was the question resolved, when the secretary of the UDC, Reginald Appleyard, published a series of articles where, through sketches, he indicated his ideal of Indian Runner; and since then, without further discussion, it became the duck that is still raised today.

Slender, elegant, thin, body perpendicular to the ground and an extremely straight posture, especially when frightened. It’s usually very hectic and restless. When not moving, or in a state of alarm, they can tilt their body to an angle between 80 and 50 degrees. The ideal shape of reference for the first English farmers was the shape of soda bottle, the line that goes from the neck down to the belly must be delicate and fine. Some examples of males of Indian Runner ducks can measure up to 80 cm in height. The colors of the Indian Runner ducks are essentially three: white, fawn and a mix of these two.

This domesticated species of duck, originally of the Indonesian archipelago, managed, through selective breeding to spread and thrive in England, and its now present in a multitude of farms, parks and gardens across the globe.

It is important to provide proper nutrition for the Indian running duck. A single daily meal and a few grains in the evening are enough. Their voracity pushes them to eat everything but it is good to prefer foods rich in proteins, ashes, fats, calcium and phosphorus. Normally grains such as corn, barley, soy, can be used, together with seasonal vegetables. It also appreciates bread and fruit. Furthermore, it’s very important to make sure that they have clean water to drink.

Like all ducks, they are monogamous, and choose their own mate for life. Mating generally takes place in winter, after courtship, followed by a series of signals that the male sends to the female while waiting for it to become available. Indian Runners have an extraordinary productivity, and this is due to a careful selection process carried out by Indonesian farmers, breeders and traders that lasted centuries and perhaps even millennia.

In fact it arrives to lay even 300 eggs (weighing about 65/70 g) per year; the production begins at 5-6 months. Usually it does not hatch and this is again the result of the selection which has favoured the development of some characteristics (precisely the deposition) at the expense of others. Younger females produce more eggs, but those of 2-3 year old ducks are larger.

Indian running ducks are classified as Least Concern in the IUCN Red List, and like all ducks, they are particularly resistant animals that hardly get sick, apart from the most serious diseases such as cholera or pneumonia.