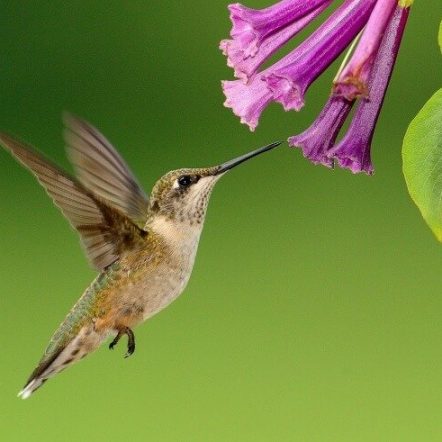 The 10 Best Flowers that Attract Hummingbirds

Hummingbirds are delicate birds that many people want to attract to their gardens. How do you attract them? You can do so namely by planting flowers that attract hummingbirds and setting out nectar bird feeders for them to enjoy.

One of the main things to know about hummingbirds is that they are attracted to the color red. Add flowers with this bold color to your garden to help attract the interest of these lovely little birds. Mix different flowers in pots or in your flower bed, especially with plants that attract hummingbirds, such as daylilies.

Hummingbirds feed on nectar. They need this high-energy sugar solution to provide plenty of energy, after all, they’re flapping their wings roughly 60 times every second.

Hummingbirds frequent plants that provide them with nectar. Many of the flowers that hummingbirds are attracted to are tubular and long, which their long beaks are specially designed to access.

If you’re trying to attract hummingbirds, you want to use native plants, which they are used to and familiar with. These plants provide the hummingbirds with energy and are their preferred foodstuffs.

In North America, you want to stick with plants that are native to North America or which have become common in the wild so that your bird visitors will recognize them.

You also want to stick with flowers that are easy to get for attracting your hummingbird population, especially those that already grow in your area. This feature ties in closely with using plants that are native to your country. Your local nursery can be a great source to help you find local native plants that attract hummingbirds.

Unless you’re a master gardener, you probably also want to pick flowers that are easy to grow. If you’re busy, stick with plants that need little in the way of attention, such as simply watering and pruning them.

You’ll also want to keep your plant hardiness zone in mind when choosing plants to go in your garden, but that’s the case for any plants and not just when planting hummingbird friendly plants.

Here are the 10 best flowers that attract hummingbirds:

This flower is relatively easy to grow and some people find that it gets out of control easily, especially after a year or two of growing. The foliage can get so dense some birds might decide to nest in it. While native to the southeastern United States, this flower can be grown in most of the country.

Similar to the trumpet vine is the trumpet honeysuckle. This plant is also native to the eastern U.S . and is popular with hummingbirds such as the ruby-throated hummingbird.

The plant tends to have bright red and orange flowers that provide plenty of nectar to your birds. One major advantage to the trumpet honeysuckle over the trumpet vine is that it doesn’t tend to grow as aggressively as the trumpet vine, making it easier to grow in your backyard.

Bee balm goes by many different names, including horsemint, bergamot, and oswego tea. This small flower is a perennial, and it will attract not just hummingbirds but also bees and butterflies to your garden.

Check the hardiness zone of these plants and other features such as mildew-resistance, as there are more than 50 different cultivars, so you’re sure to find one that will grow best in your region.

Rhododendrons are popular in gardens throughout the world. Many of these plants originated in Asia, but there is a species that is native to North America, known by many names, such as the Catawba rhododendron or purple laurel.

This plant species is Rhododendron catawbiense, and it is one of thousands of species of rhododendron. This plant has dark green foliage all year long, and it produces pink and purple flowers that bloom in full at the end of every May.

This plant is incredibly hardy and even survives cold winters, and it enjoys partial shade. This plant can get incredibly large if not pruned carefully, getting up to ten feet tall and wide.

Azaleas are also a type of rhododendron that can be found natively in North America. These plants are typically cultivated by cuttings, although you can grow them from seeds which takes significantly more time.

They enjoy shaded areas to grow, such as under trees. There are over 10,000 cultivars, so you’re bound to find one that you and the hummingbirds can enjoy in your yard.

Lupine is generally a perennial plant, although some types are annuals. The hallmark of these plants are their long spikes filled with flowers. The plant comes in a variety of sizes, and you’ll also find lupine in a myriad of colors, allowing it to beautifully complement your hummingbird garden.

The plant usually gets to be about three feet tall and wide, and it enjoys sun to partial shade. You can find lupine in the plant hardiness zones of 4 through 9.

True lilies are characterized by large, showy flowers that grow from bulbs rather than seeds. Belonging to genus Lilium, these plants attract hummingbirds, especially when they are red flowers.

There are a variety of species, but you’ll find two native species that attract hummingbirds in North America. The ruby-throated hummingbird is attracted to the meadow lily or Canada lily, which is found in the eastern stretch of North America.

In western North America, including Canada and the United States, the Columbia lily or tiger lily attracts the rufous hummingbird.

Fireweed or the great willowherb is another plant that attracts hummingbirds. This plant is an herbaceous plant found throughout the Northern hemisphere. The plant has several features, including a spiral leaf arrangement, rather than whorled leaves, and they have equal stamens rather than two stamens of unequal whorls.

The stems of this plant are a characteristic reddish color, and the flower blooms progressively from the bottom to the top, giving it a tapered shape. The flowers tend to be magenta to pink in color.

The red cardinal flower comes in a hummingbird’s favorite color, and you’ll find that this plant is native to almost the entire United States, as well as eastern Canada.

The plant produces bright red, tubular flowers, and hummingbirds are specially designed to feed on these tubular flowers. In fact, most insects cannot feed on the nectar, so your hummingbirds will have very little competition. The red cardinal flower likes moisture and to be in a shady area, such as below trees.

Sage is a great plant to grow in your garden because it’s very versatile. In addition to being beautiful and attracting hummingbirds, the leaves are edible. There are hundreds of species of sage, with even more cultivars, so you’re bound to find some that grow well in your garden and attract hummingbirds.

The plants belong to the genus Salvia, and they come in a variety of colors. The plant also varies in how it grows: some are perennial, while others are annuals. Common sage, which came from the Mediterranean, is considered naturalized in the United States, so you don’t have to worry about where it’s from natively. The spikes are tubular, and the flowers attract a variety of pollinators, not just hummingbirds.

Columbine refers to a variety of species of flowers belonging to the genus Aquilegia. In the eastern United States, the species that you might want to consider is the red columbine, which is both native to the eastern part of North America and is red in color, so it is more likely to attract hummingbirds.

Like many of the plants on this list, hummingbirds can access the nectar easier than insects, so they don’t have as much competition for the nectar. The unique appearance of the columbine flower makes it a stand-out specimen in many gardens, and your hummingbird visitors will enjoy visiting its blooms in May of each year.

Hummingbirds are fascinating little birds that can be difficult to attract into your garden. They are attracted to a variety of different flowers, but you’ll find that many of their favorites are red in color.

These plants will stand out against the backdrop of the rest of your garden and really help attract hummingbirds to your flowers each year. Pick several from this list that are native to your area of the country and sit back and watch your visitors fly to your plants each year. 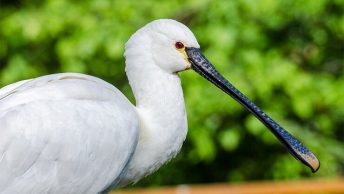