The Charismatic Cranes Of The World
Share:FacebookTwitterPinterest 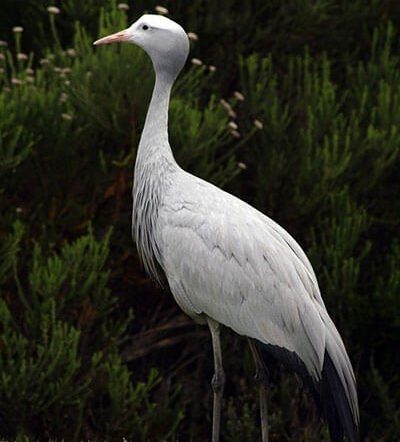 Cranes are among the most beautiful of all creatures. Their elegant long necks, slender build, poised stance, and elaborate dances have inspired cultures for centuries. Cranes have graced the earth for over twenty million years. Today, three genera exist, spanning fifteen species worldwide.

Cranes are one of the largest birds. The sarus crane is the world’s tallest flying bird reaching heights of up to two metres. The smallest member is the dainty demoiselle crane, standing at around ninety centimetres. They are elegant birds with long necks and legs and slender bodies. They have large, wide wings. It is difficult to distinguish males from females as the sexes look so much alike. In some species, males may be slightly larger than females.

Most crane species have a coloured area of bare skin on their faces. The function of these areas which expand and contract and even change in colour intensity is a mystery. But it may play a role in communication by signalling emotions like anxiety or aggression. In wattled cranes, a pair of flaps dangles from their chin area after which they are named, while the crowned cranes have prominent gold feathered crests.

Cranes are renowned for their loud calls that can carry over long distances. To facilitate this, most species have long trachea that penetrates the sternum.

They have long legs for wading through marshy waters, and many species have long beaks for digging and foraging.

3. Where do Cranes Live

The majority of the world’s cranes occur in East Asia and Africa, with the remaining species’ are found in Australia, Europe, and North America.

In the Caribbean, a small population of sandhill cranes inhabit Cuba, of which less than six hundred exist according to the last report.

Fun Fact: Cranes are mysteriously absent from South America. It is not known why no crane species reached the continent. One theory posits that cranes once existed in parts of South America but went extinct without leaving a trace of their existence for reasons unknown.

Cranes are wetland birds relying on the shallow waters of the wetland for nesting and feeding. Some species feed in the grasslands, only returning to the wetlands to roost. The crowned cranes are the only two species that nest in trees.

Among cranes, there are sedentary species that remain at the breeding site year-round and migratory species that travel thousands of kilometres each year. Siberian cranes fly up to eight thousand kilometres to their wintering destination. Some species have both sedentary and migrant populations.

4. What do Cranes Eat

Cranes enjoy a broad diet, which varies depending on the region, season, and availability. Their plant-based choices include seeds, nuts, leaves, berries, and fruit. They also eat insects, worms, snails, small reptiles, and even small birds and mammals. Long-billed species dig up roots, rhizomes, and tubers, and fish for molluscs, small fish, and amphibians in the wetland waters.

Cranes are diurnal, territorial birds with the males being the primary defenders of the nest. They are seasonally gregarious birds that value safety in numbers. Large flocks of cranes congregate in the vast wetland habitats. These aggregations are important social hubs for young birds to find mates. During the breeding season, however, they become territorial, and pairs remain within their territories.

Cranes clean themselves by regularly bathing and preening. The sandhill and common cranes also smear themselves in mud to keep pesky parasites at bay. These mud baths may also offer added protection as camouflage.

Male cranes may be distinguished by their tendency to raise their wings high above their shoulders, typically following the duet call.

Did you know? Cranes often stand on one leg while keeping the other one tucked up. They do this during roosting to preserve body heat.

6. The Vocalizations of Cranes

One of the most fascinating features of the crane is its wide vocabulary of specialized calls.

From contact calls to alarm calls, these birds are highly vocal in their communication. Most cranes produce a long, single-note trumpeting guard call. Contact calls are typically soft purring sounds to express reassurance and communicate their location with each other.

Their most impressive vocalization is undoubtedly the duet calls exhibited by mated pairs. These unison calls are expressed to defend their territories and strengthen their bonds.

Researchers sometimes identify individual birds or pairs by their calls as they each have unique voiceprints.

Cranes are monogamous birds, remaining together all year long, even outside the breeding season. Young birds typically pair off between two to five years old, and they establish strong, life-long pair bonds. However, they only start breeding successfully after several years, and often following many failed attempts. A strong bond can be dependent on their breeding success. Pairs may even break up after unsuccessful breeding attempts.

Cranes nest on platforms in shallow waters. Most cranes lay two eggs, but only one chick usually survives. The second egg is somewhat an insurance egg, but in some cases, both chicks survive, especially when food is abundant. The pair raises their offspring together, and young birds remain with their parents until the next breeding season. Cranes may live up to thirty years in the wild.

Breeding seasons vary among species and are also dependent on local conditions. Tropical species typically breed during the wet season. For migratory species, breeding begins as soon as they reach their summer breeding grounds.

Cranes are known for their spectacular dance displays. Dancing is a prominent feature in courtship behaviour. Pairs engage in a series of elaborate movements involving stick tossing, jumping, bowing, wing-flapping, and circling each other.

Sometimes, dance-like motions serve as warnings when they defend their nests. Cranes may also dance when they are excited or when encountering familiar birds.

For many cultures, cranes are revered, symbolic birds and their dances have inspired people since ancient times.

The ancient Greeks and Romans portrayed the dance of cranes as a celebration of love and joy for life.

Certain kung-fu moves were inspired by the fluid movements of cranes.

After the Second World War, the crane became a symbol of peace and a tribute to innocent war victims in commemoration of the young school-girl Sadako Sasaki – a victim of the Hiroshima bombing. She set out to fold a thousand origami cranes based on a legend that the folder would be granted their heart’s desire.

Sadly, cranes are among the most endangered birds in the world. Eleven of the fifteen species are at risk of extinction. The Siberian crane and the whooping crane are critically endangered. Threats to cranes include habitat destruction, poisoning from agricultural chemicals, collision with power lines, and even hunting in some parts.

Several organisations are dedicated to protecting crane species worldwide. The International Crane Foundation is working to conserve all fifteen species and their fragile habitats. Partnered with the Endangered Wildlife Trust, they have also embarked on the African Crane Conservation Programme to protect the four crane species in Africa.

Smaller organisations are running local conservation initiatives such as the Whooping Crane Conservation Association based in North America, and Wattled Crane Recovery Programme in South Africa.

Cranes have existed for millions of years before humans, and they have been celebrated by humanity for centuries. We must continue to educate ourselves, raise awareness, and support organizations working to protect them. Initiatives such as World Wetlands Day are great ways to get involved and help protect the habitats of these incredible birds.