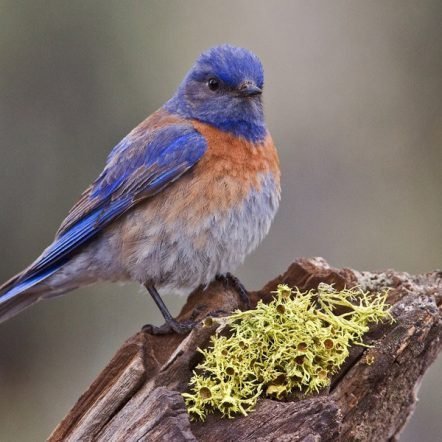 by Raeesah Habib1 month ago

The famous song Bluebirds of Happiness composed by Sandor Harmati was one of several musical pieces inspired by bluebirds throughout history. The symbol of a bluebird as the harbinger of happiness is evident in many cultures.

Revered in folklore, and cherished for their endearing nature and garden value, bluebirds have played many significant roles in society. Let’s take a look at these delightful birds that have captured humans for thousands of years.

Bluebirds belong to the Sialia genus of the thrush family, Turdidae. Thrushes are small to medium-sized, plump, woodland birds.

Bluebirds prefer open, wooded grasslands. They are named for the azure blue in their plumage. Sexes are similar in size but dimorphic in coloration. Female bluebirds are duller than males, and males are bluer.

They are primarily insectivorous, but they also eat berries, fruit, and seeds, especially during winter.

Bluebirds have many natural predators such as raccoons, possums, squirrels, chipmunks, and birds of prey. They are also preyed on by domestic cats. When threatened, they snap their bills together to make clicking sounds.

Bluebirds are, at the very least, seasonally monogamous but may also form lifelong pair bonds. They are cavity nesters, often nesting in the abandoned tree holes of woodpeckers and other cavity-nesting species.

They also readily accept nest boxes. Inside the cavity, the female constructs a cup-shaped nest out of grasses and other plant materials. The eggs are pale blue but sometimes white.

Bluebird nestlings are altricial, meaning that they are featherless and helpless when they hatch, fully relying on their parents for care and protection until they are ready to leave the nest.

There are three species of bluebirds:

The eastern bluebird is found east of the Rocky Mountains. Its range spans from southern Canada, throughout the Gulf States to Central America as far south as Nicaragua. Northernmost populations migrate south for the winter. It is the state bird of New York and Missouri.

Males of this species have cobalt blue upperparts and a reddish-brown throat and breast. Females are blue-gray above with a blue tail, a lighter brown breast, and a white throat. Both sexes have a white belly. There are seven recognized subspecies.

They nest in tree holes, other natural cavities, or nest boxes in which the female constructs the cup-shaped nest out of grasses, feathers, and other plant materials. She lays three to seven pale-blue eggs and incubates them for about two weeks. The young remain in the nest for up to twenty days.

Eastern bluebirds feed on insects and other invertebrates, such as beetles, grasshoppers, crickets, spiders, snails, and earthworms. They also eat fruits and berries.

Natural predators of the eastern bluebird include chipmunks, squirrels, black bears, and raccoons. A once thriving species, eastern bluebird populations have shown a considerable decline since the early 1900s. Humans are responsible for both the initial increase and ultimate drop in their numbers.

The clearing of forests by early settlers opened up the landscape, creating newfound habitats, allowing these birds to flourish. But over the last century, pesticide use, loss of farmland, and competition with introduced birds have impacted their habitat, nesting sites, and food sources.

This species can be found across western North America from southwestern Canada to Mexico, with some northern populations migrating south for the winter.

Males are vibrant blue above with a blue head and reddish-brown vest extending to the upper back. Females have blue-gray upperparts with a gray head and a buff-brown breast. Both sexes have gray bellies and undertail coverts.

The common call is a soft pew. The song is comprised of the pew note of the common call, and a series of other chattering and whistling notes.

This adaptable woodland species inhabits open woodlands, forests, forest edges, farmlands, and even deserts. Western bluebirds thrive in disturbed areas such as burned forests. They nest in the holes of dead or living trees.

The cup nest is made of grasses, pine needles, and other plant fibers and is lined with feathers, rootlets, and other soft materials. Females lay two to eight pale blue eggs and the incubation period lasts up to 17 days. The nestlings fledge at around 21 days.

Predators of the western bluebird include hawks, possums, raccoons, and cats. In addition to fierce competition for nesting sites with swallows and European starlings, they are also affected by habitat loss, the suppression of natural fires, and the removal of dead trees.

Also native to western North America, the range of the mountain bluebird overlaps with the western bluebird. They breed in open mountainous environments, such as grasslands and shrublands at high elevations. In winter they can be found at lower elevations in meadows, prairies, open woodlands, and farmlands.

Mountain bluebirds have an expansive range and are found as far north as Alaska. They are year-round residents in some states, but most populations migrate south for the winter. Their wintering grounds encompass Mexico and the southwestern states. The mountain bluebird is the state bird of Nevada.

Males of this species are vibrant blue. Their plumage coloration is mostly uniform, with slightly paler bellies. Females are gray to brown depending on the season, with a pale-blue tail and wings.

The call is a weak, nasal pew. Male’s sing a loud chirrupy song at dawn that can be confused with the song of the American robin. During the day, they sing a softer, warbling song. Mountain bluebirds are less affected by competition for nesting sites than their counterparts, possibly due to their high elevation breeding habitat.

They nest in dry cavities such as rock fissures and knotholes at least 3 feet of the ground or on cliffs and buildings. The cup nest is made of dry grasses and other vegetation and is lined with softer materials such as feathers and strips of bark. Four to eight eggs are laid and the incubation period lasts around two weeks. The young leave the nest at around 21 days old.

Western bluebirds catch insects by hovering above the ground or flying from a perch. They also feed on berries, small fruits, and seeds, often forming foraging flocks in winter.

Like the eastern bluebird, this species also benefitted from early development when forest clearing opened up ideal bluebird habitat. But populations have since declined due to the suppression of wildfires and unsustainable land-use practices reducing the availability of suitable nesting sites.

Conservation status and relationship with humans

Bluebirds are ecologically valuable birds. Their insect-rich diet makes them useful in controlling insect pests. They also eat fruits and berries and play an important role in seed dispersal.

Bluebirds compete with sparrows and European starlings for nesting sites, often resulting in attacks. Nest boxes offer some respite, especially if the opening is kept to a diameter of 1.5 inches, deterring larger birds.

Other threats include habitat loss and pesticide use, impacting insect populations. The North American Bluebird Society was founded in 1978 to promote the recovery of bluebirds and other native cavity-nesting bird species across the continent.

Bluebirds have appeared in Chinese mythology, Native American, and European folklore, earning them the universal title as a symbol of happiness. They have also earned their place in arts and culture, featuring in music, film, and literature.

Adored throughout history, valued in nature, and welcomed in gardens, bluebirds have certainly made their mark in the world.

“The world rolls round, – mistrust it not, –
Befalls again what once befell;
All things return, both sphere and mote,
And I shall hear my bluebird’s note,
And dream the dream of Auburn dell.“